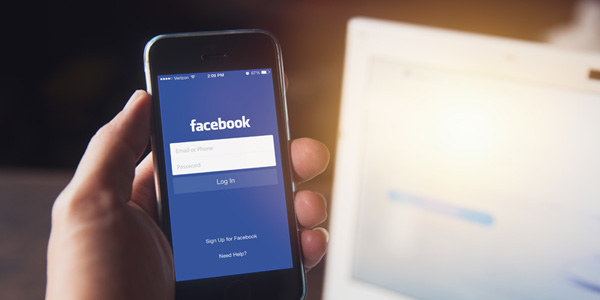 I just returned from speaking at Facebook’s annual Auto Summit in Austin, TX, and it is amazing how much they have grown over the last 10 years. I was reminded of the first time I visited their old offices in 2011. I was so inspired by the experience that I wrote a letter to my team to summarize what I learned. Below are parts of the letter (in italics) that highlighted some of the reasons why they have become one of the most successful companies in history. Keep in mind that the letter was written seven years ago, but I think the principles are very relevant today. I’ve also included some of my current observations.

Mission Driven
Facebook is a mission-driven company, for sure. Mission-driven people are compulsively seeking ways to improve how they impact people’s lives because there is great joy in creating anything that can change the world for the better. The potentiality of this mission vibrates through the walls at Facebook like the buzz you hear when you are next to a beehive.

Facebook has assembled a great group of people who are unified by a mission that matters, not just to build a great business that can make a lot of money but a mission that makes a difference. I don’t know of any other company that has more potential to positively impact the world and it’s exciting to see it unfold.

Current observation: It’s incredible to think that the brand went from approximately 500 million users to nearly 3 billion during this 10-year time period. From what I saw at this year’s event, their mission to persistantly improve remains. Facebook employees are energized to tackle the challenges that the automotive market presents.

Talking Walls
Great companies have strong cultures that are shaped by clearly defined philosophies and principles that are an essential part of their DNA.

Facebook’s guiding principles are all over their walls and throughout the office. The old cliché of “if these walls could talk” is more than relevant at Facebook because their walls are filled with these phrases, art and pictures that teach and inspire.

The following is one of my favorite principles that was posted in almost every room I visited:

“Our work is 1 percent finished.”

Current observation: At over 500 million users, Facebook realized that they were “only 1 percent finished.” I remember being struck by the humility of this phrase and how it revealed how big they were thinking.

This is a fantastic mindset that encourages the entire team to think bigger and to pursue perfection with constant, never-ending improvement. At that point, Facebook had had enormous success, but still realized that it was just the beginning and they had a lot more to do.

Leadership
I was very impressed by the humility, authenticity and genuine desire of everyone to learn and grow so they can improve how they help their customers. The leadership team has accomplished more at a young age than most do in a lifetime yet they don’t have the arrogance that too often follows their level of success.

They have a genuine desire to help others that I really respect. There were no egos and stodgy protocols that make people nervous about speaking up or trying new things. They are great listeners, thoughtful speakers and were a lot of fun to hack with.

Current observation: Facebook employees are still striving to create meaningful connections between people and businesses, building products to help people connect with the people and content they care about.

Hunker Down
Whenever there is an urgent project the team goes into “lock down,” which could be for 24 hours or a few months. This is a time when the team hunkers down and knocks it out. People bring in cots and camp out at the office with tents. By the end of a lock down, everyone is exhausted but they have a deep-seeded satisfaction because of what they were able to accomplish with other passionate people working together around the clock. No vacation can deliver this unique sense of accomplishment and fulfillment.

I was honored to spend the day with Facebook’s leadership team and I walked away with a renewed passion for my mission as an entrepreneur, to build companies that help people to make a living while also making a difference in their lives.

It was amazing for me to witness this company in the making. I believe that Facebook will go down in history as an extraordinary catalyst of change in the world that connected people, countries and cultures in a way that was not possible before.

Current observation: While it’s been seven years, I believe these are timeless principles that have been a critical part of Facebook’s success and I hope they will help you as well.