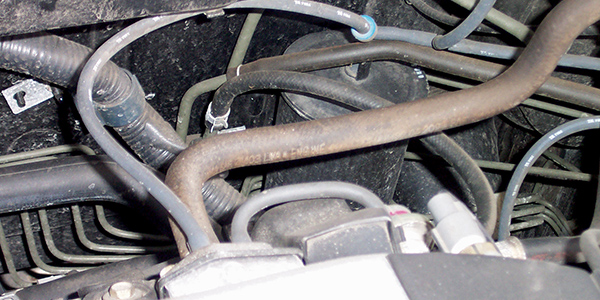 To understand how any vehicle’s EVAP system works, you need to know how the EPA tests for evaporative emissions. The EPA tests these systems by putting a car in a sealed chamber. The vehicle is “hot soaked” to simulate the car being run, parked and allowed to cool. Sensitive sensors in the chamber detect the presence of fuel vapor.

The EPA test does not care about the size of the charcoal canister or the placement of the purge valve. If the sensors detect fuel vapors above a certain level, the car will fail the test.

The other part of the EPA’s mandate is that the vehicle must be able to detect a leak as small as 0.0020-in. or as large as the gas cap being left behind at the gas station. Like the test chamber, the EPA does not mandate any specific technology or monitor readiness procedures.

These two mandates are what makes EVAP diagnostics difficult because to pass the test, automakers are left on their own to design the EVAP system and software to control it. But, if you concentrate on the basics of EVAP solving some of the most difficult EVAP problems, diagnostics gets a lot easier.

The fuel in a gas tank changes in volume due to temperature and consumption. During these changes, the fuel produces vapors that must not be vented into the atmosphere. Instead, the vapors are burned in the engine and outside air is allowed to replace the volume of fuel consumed. If there were no EVAP systems, the gas tank would collapse or expand as fuel is burned or with changes in temperature.

The EVAP system controls the pressure inside the tank with two valves on most models. One valve vents the vapor into the intake manifold; it is called a purge valve. The other valve allows air into the tank to equalize pressure, or it can direct the vapors into the charcoal canister so they can be burned off later. This valve is called the canister control solenoid or valve.

A sensor measures the pressure inside the tank. The pressure sensor also checks the operation of the valves. If the opening or closing of a valve does not produce the desired result, a code will be set. The same strategy is used to detect leaks.

Interesting fact, the main reason manufacturers switched to returnless fuel systems, with the regulation of pressure and volume in the tank, was not for safety or performance; it was changed to improve evaporative emissions. On older systems with a return line and a regulator on the fuel rail, the fuel would be heated. Heated gasoline produces more vapor and evaporative emissions. Cooler fuel means the charcoal canister can be downsized and the purge valve doesn’t have to work as hard.

If both valves are closed, it means that the system is sealed. The reading from the pressure sensor should change only if the fuel is heated and cooled, or fuel is removed from the tank by the fuel pump. The two valves and pressure sensor are used to test for leaks in the system. Testing is carried out all of the time if the conditions are right. But, most codes are generated by an incident when managing the fuel vapors.

A series of tests ensure the integrity and operation. These tests are part of the EVAP monitor.

Part of the EVAP monitor for some vehicles is completed when the engine is idling. Under these conditions, the fuel pump is pulling fuel from the tank. If the purge valve and canister valve are closed, there should be a vacuum in the tank. If the pressure sensor does not see an increase in vacuum pressure, a code will be set. How fast or slow the vacuum decays will determine if it is a small or large leak.

Modern systems use multiple tests to determine if there is a leak before setting a code. Most systems will do a quick check during startup or at a specific speed to test the integrity of the EVAP system.

Some systems use algorithms of throttle position/load to determine how much fuel is being displaced by the pump and the vacuum generated to detect leaks when the vehicle is running. Ambient temperature and tank level also play a critical role. This check will catch large leaks and test the function of the valves and sensors. Key-off testing in newer models is used to find smaller leaks more accurately. A code P0456 for a small leak can be set when the key is off. In these cases, a scan tool with the ability to capture freeze-frame information is critical.

Most late-model vehicles can detect if the fuel cap has been forgotten or not properly tightened. The owner will get a message in the instrument cluster to check or tighten the gas cap. Before, the owner would be greeted with a check engine light after a few key cycles.

The procedure to reset the warning involves starting the engine and shutting it off twice back to back. This information is in the owner’s manual.

SMOKING OUT THE PROBLEM

The critical thing to remember when testing for a leak with a leak detection device is finding the right pressure. Connecting a leak detection device and cranking up the pressure to the highest setting is not a valid test. Often, it will give you false positives and cause leaks in items that were not leaking in the first place. This can result in unnecessarily replacing components and not uncovering the real leak. Often, high pressure will cause leaks from the charcoal canister’s outside air intake valve and filter.

The canister will be replaced, and the real leak will go undiagnosed. Once the EVAP system starts completing key-off tests, the vehicle will be back with the same problem.

Modern systems have up to three fuel vapor circuits in the EVAP system that are used to purge, isolate, vent and test the system for leaks. These solenoids are controlled by a module and can generate codes if an open or short is detected, or if a command did not produce the expected result for the EVAP sensor in the tank.

To test the entire system, it is necessary to set the positions of the purge and vent valves to entirely seal the system. This requires a scan tool that can bi-directionally test EVAP solenoids. On some non-factory scan tools, it may take some time to find the correct menu to control the EVAP system.

Another advantage of a scan tool is using Mode $06 data to monitor pressure or vacuum sensor data from the EVAP pressure sensor. This information can be used to double-check the information coming from the leak detection flow meter.

While the use of a scan tool will not allow the EVAP monitors to be completed, they do allow you to diagnose various components and ensure that a repair did cure the leak. 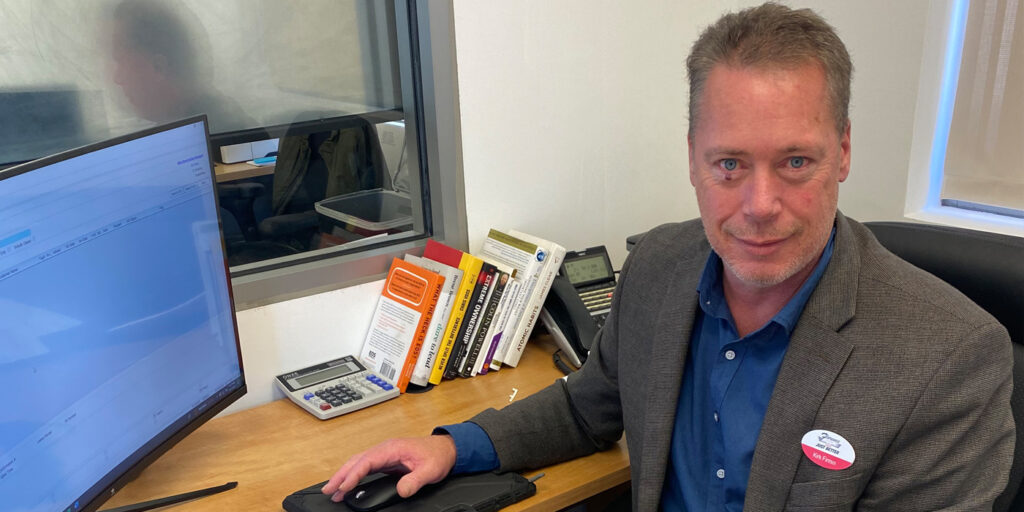 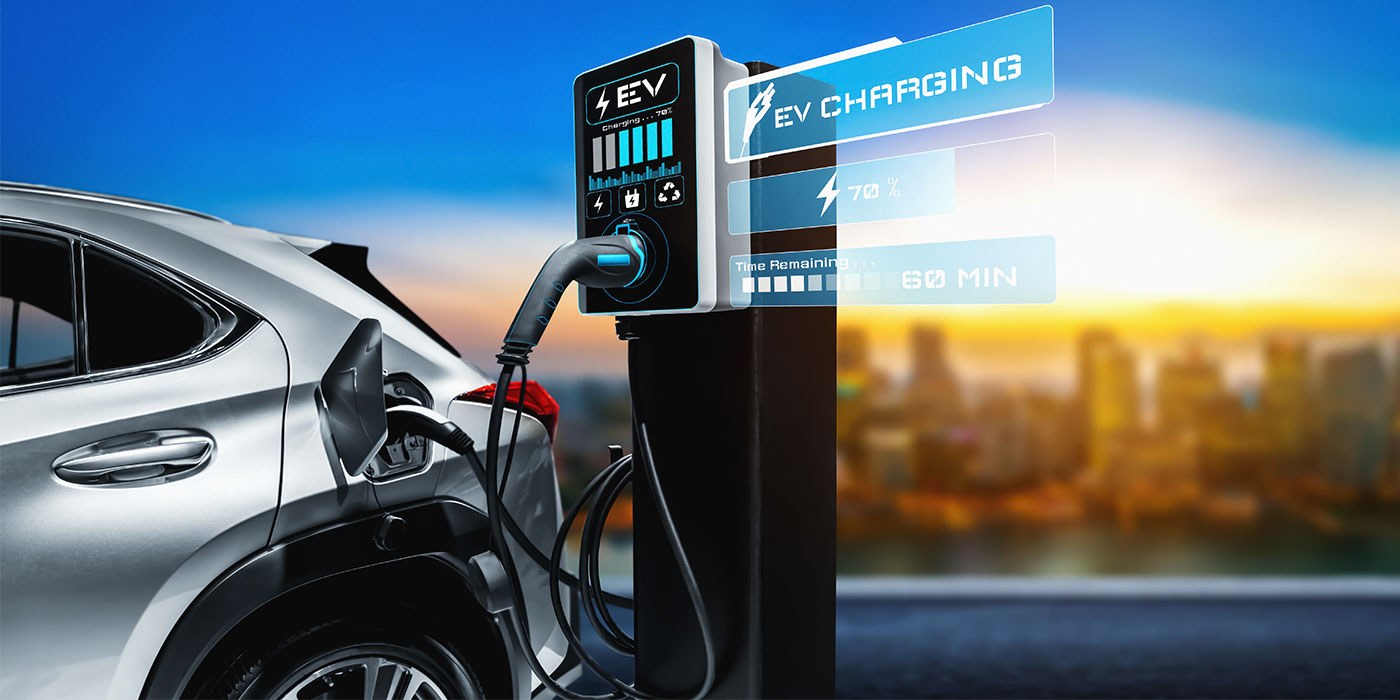 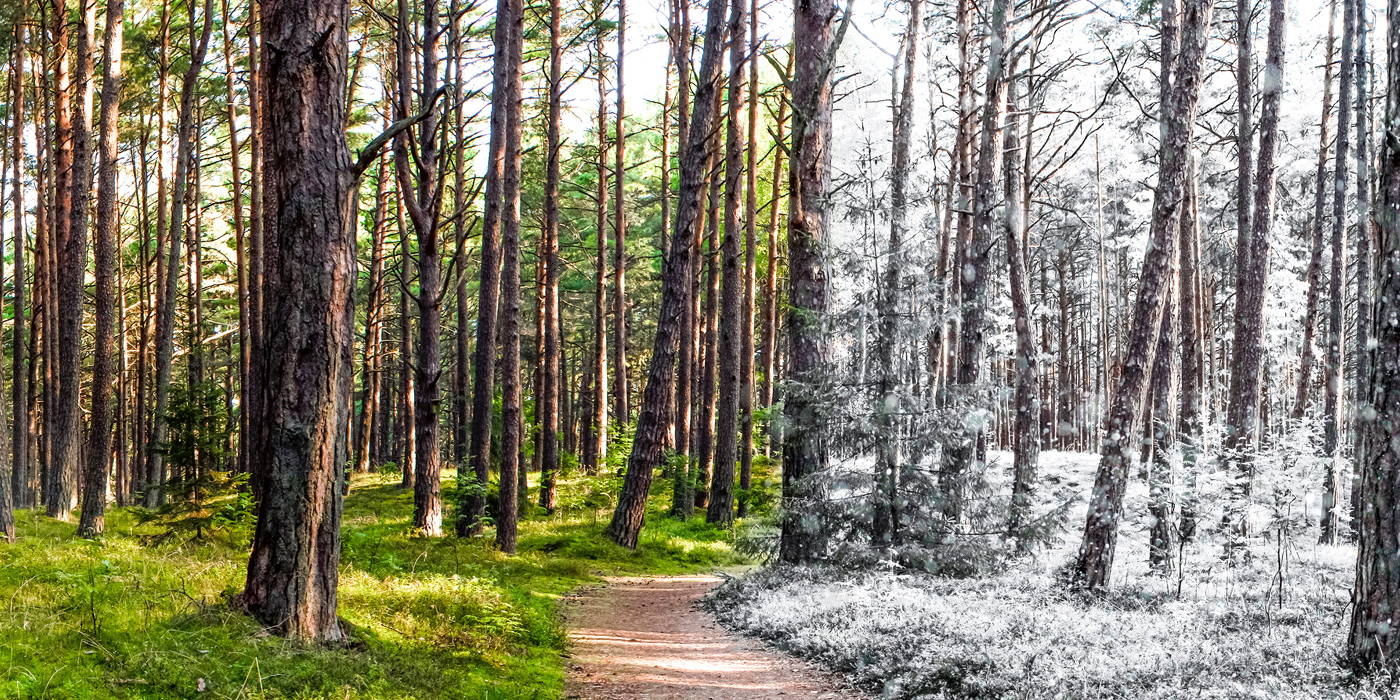