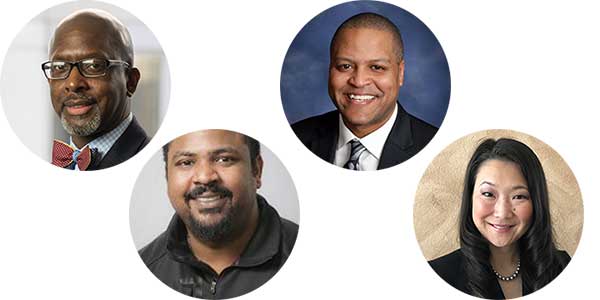 Dealers from all backgrounds experience industry challenges, but minority dealers’ experiences bring unique insights and perspectives on what’s needed in the evolution of auto retail. To make positive changes in the industry, NADA is starting a conversation on what it will take to grow and diversify our industry for the future.

For the NADA Show 2021 Super Session, Diversity in Auto Retail, NADA will bring together a diverse group of next-generation automotive retailers to get their take on a variety of topics that impact the industry today. This dealer panel discussion will focus on questions from NADA subject matter experts and will be moderated by an NADA 20 Group Consultant. Show attendees will have the chance to join the conversation and engage virtually with experienced dealers and experts as we listen, learn and grow through our experiences.

Jeff Breeland brings 23 years of auto industry experience to NADA, including as a district manager for over 50 dealerships in three metro markets. In addition to OEM experience, he has spent 19 years in retail, with 10 in general management/consultancy. His first position with NADA was as an Academy instructor specializing in financial management. He is also an ATD Certified Master Trainer. In late 2018, Breeland became an NADA dealership management consultant.

Ivan Figueroa is general manager of Steve Landers Chrysler Jeep Dodge in Little Rock, Arkansas. Over 10 years at the dealership he has been sales manager, general sales manager and his current position as GM, which he’s had for over five years. Figueroa is a 2018 graduate of the NADA Academy class N334. His dealership consistently sells in excess of 4,000 units per year and ranks as one of the largest Chrysler stores in the country.

Ray Fregia Jr. is dealer principal for Courtesy Ford Lincoln Jeep Dodge Chrysler, in Illinois and Wisconsin. He received his B.S. in Business Administration from Florida A & M in 1995. Before entering the car business, he worked as an accountant. He graduated from the NADA Academy in McLean, VA, in 1999 and in 2004, he obtained his first dealership, a Ford/Lincoln Franchise in Danville, IL. He was ordained a deacon in September 2011.

After growing up in her father’s dealerships, Kathryn Mataga today is general manager of Mataga Buick GMC Cadillac in Stockton, CA. She’s worked in every area of the dealership and maintains a growth mindset. Mataga is active in the GM Minority Dealers Association; is president of the Buick GMC Local Marketing Association for the Sacramento, Stockton, Modesto region; president of the Stockton Autocenter; and is on Cadillac’s Western Dealer Advisory Board and Dealertrack’s Dealer Advisory Board.