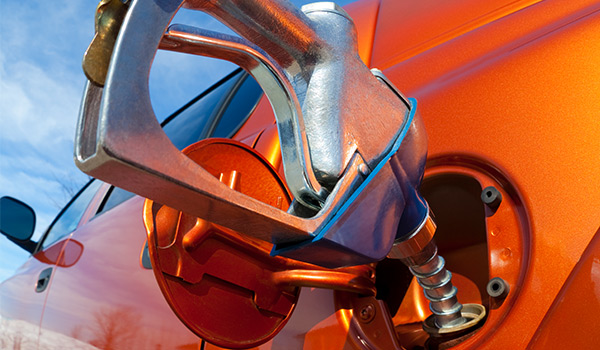 According to service information, the Rogue’s fuel pump is a single-line system with the fuel pressure regulator mounted inside the fuel pump module.

To begin, all high-pressure fuel injection systems incorporate safety protocols that prevent the fuel pump from emptying the fuel tank after a serious accident.

Most safety protocols follow this general strategy: Immediately after the ignition is turned on, the engine control module (ECM) activates the fuel pump relay for several seconds to prime the fuel injectors. In late-model vehicles, this same function is performed by the identification fob as the driver approaches the vehicle. During cranking, the ECM will activate the fuel pump relay only after it receives a signal from the crankshaft position (CKP) sensor. After the engine starts and reaches idle speed, the ECM keeps the fuel pump relay activated via the CKP signal.

Let’s not forget that fuel injectors can cause a no-fuel condition. For example, a closed throttle position on a cable-driven throttle and position (TP) sensor should report less than 1.0 volt on a 5.0 reference voltage. Wide-open throttle (WOT) should report a maximum of about 4.5 volts. Above 4.5 volts, the ECM normally enters a “clear-flood” mode that inhibits fuel injector activity. If a TP voltage signal shorts to 5.0 reference volts, the ECM might automatically enter a clear-flood mode, causing a no-fuel condition.

The engine coolant temperature (ECT) sensor can similarly inhibit fuel injector activity if the signal is shorted to reference voltage. A shorted ECT circuit can indicate about 300° F coolant temperature, which can reduce injector pulse width to nearly zero. Remember, too, that fuel injectors and some fuel pumps can also become disabled when the vehicle security system can’t identify the ignition key or driver identification fob.

Going back to our Nissan Rogue, we couldn’t keep the engine running long enough to set codes or get a good read on the serial data stream. But our data stream will indicate how many grams per second of air is flowing into the engine. As a rule of thumb, the airflow in grams per second through an engine at hot idle should equal the cylinder displacement in liters. Hence, the airflow through the Rogue’s 2.5 L engine should roughly equal 2.5 grams per second (gps) at idle speed.

In this case, the airflow at hot idle was showing a much lower 1.8 gps which reduces fuel injector pulse width to the point where the engine will barely idle. We tested the MAF by adding enough propane to increase engine speed. Oddly enough, the grams per second didn’t increase with engine speed, which indicated a badly contaminated MAF sensor or loose ducting between the MAF sensor and throttle body.

Needless to say, replacing the fuel pump didn’t cure the problem. After the pump assembly was reinstalled, I used my scan tool to command the Mitsubishi’s fuel pump “on.” Since the fuel pump is accessed from under the rear seat, electrical testing was easy. Going through the bi-directional fuel pump test, I couldn’t hear fuel pump noise nor could I measure any voltage at the fuel pump connector.

GIVING IT THE GAS

Okay, so now the fuel pump motor is drawing about 3.5 amps, which indicates that it’s producing fuel pressure. The engine still won’t start on its own, but it responds to starting fluid sprayed into the intake. A lab scope test verified that the fuel injectors were opening for about 5 milliseconds, which is more than adequate for room-temperature starting.

So, let’s go back to measuring fuel pressure. Unfortunately, the Mitsubishi’s 2.4 L engine doesn’t include a Schrader test port on its fuel injector rail. Upon inspection, I also discovered that it would be very difficult to install a fuel pressure gauge in series with the fuel inlet line.

But, since the Mitsubishi has a conventional two-line fuel system, the fuel pressure regulator was connected to the fuel tank return line by a rubber hose held in place with a spring-loaded hose clamp. By removing the return hose and replacing it with a longer hose so that the return fuel could be easily directed into a secure container, we cranked the engine and discovered that we had an excellent volume of liquid flowing through the regulator by-pass.

1. About 20 years ago, engineers began using a fuel pump control module (FPCM) and a PWM fuel pump motor to regulate fuel pressure according to engine load. “PWM” indicates that electric current is delivered to the fuel pump in a series of pulses rather than in a constant stream.

4. Depending upon engine load and wear in the pump itself, PWM duty cycles will generally hover around low- to mid-range at idle speed. If we don’t hear fuel pump activity inside the fuel tank, and the FPCM is commanding a higher- than-normal duty cycle, the fuel pump likely has an open circuit located in either the wiring, the motor brush assembly or at the fuel pump ground.

6. If the high-pressure pump fails, the loss of fuel pressure sets a code in the ECM. Since nearly all required diagnostic and testing information is to be found in your scan tool, you’ll probably leave your fuel pressure tester in your toolbox.