What's Your Store Culture and How's That Working Out for You? - AutoSuccessOnline 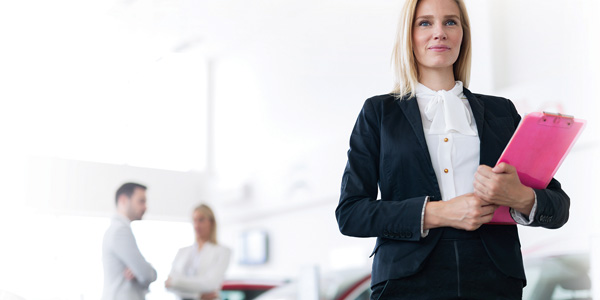 Process-Driven and Engaged Culture
This is the culture that creates the most of their opportunities. The process-driven and engaged culture is the one that creates results and revenue. You can use the trendy vendor tagline ROI all day long, but at the end of the day, revenue is what matters. These are the sales staffs and departments who know what their role is, what is expected out of them, they fulfill their daily tasks and have the management and leadership to give guidance and assistance when needed.

A few months back, I was in a dealership demonstrating my virtual sales training platform and told the GM I use the words “culture” and “process” more than any other words in my virtual sales training. The GM responded back to me stating that he believes culture and process are the two most important words in creating a successful and highly profitable dealership. He had taken the dealership from a double-digit in the state rated Ford dealership to top three dealership in less than six months. He was able to accomplish this by communicating everyone’s roles, expecting accountability from each team member and overseeing the departments working together.

The Hope Culture
I hate to admit, this is the culture I probably see the most of, where leadership hopes they found and hired the diamond in the rough; you know that salesperson who will figure it all out on their own, get along with everyone, deal with pay plan cuts and be happy as long as they get some mediocre job title enhancement. These stores usually have one or two solid veterans, a couple seasoned mid-level producers and a 50 percent or higher revolving door of new hires multiple times throughout the year.

This dealership relies on the Hail Mary … no training, no role communication for each employee and department, just a lot of hope.

“I really hope this new guy works out,” “Wow that new girl is really sharp, I hope she makes it.” No basics taught, no telling them what to do or showing them how to do it. There is no ongoing training, internally, externally or virtually, it’s all hope; I hope they figure it out, I hope they do well, I hope if they’re good they don’t move on.

If You Build It, They Will Stay
We all remember the movie Field of Dreams, where Kevin Costner plowed down a producing field to make a baseball field so his heroes from the past could come and play. Well they did come and play baseball on the field he built for them. This isn’t a movie trivia game, yet a metaphor on what may seem crazy, may very well satisfy what you want to accomplish.

My point is, if you build a culture — one where each department knows their roles and top producers aren’t scrutinized nor evangelized, a culture where departments don’t steal from each other, or try and take credit for one department’s accomplishments, nor pile on other departments’ failures; a culture where each and every individual has a purpose, a set plan, processes to follow, knows what actions are expected of them and has the proper training and guidance on how to implement what they’ve learned in the beginning and ongoing — you will have it. You will have created the process-driven and engaged culture that will create the revenue you dreamed of, knew you were capable of and you will have created the culture that accomplished just that.

So I ask you this, “What’s your store culture, and how’s that working out for you?” Noel Walsh