What's at Stake Legally When Selling a Used Car With an Open Recall? 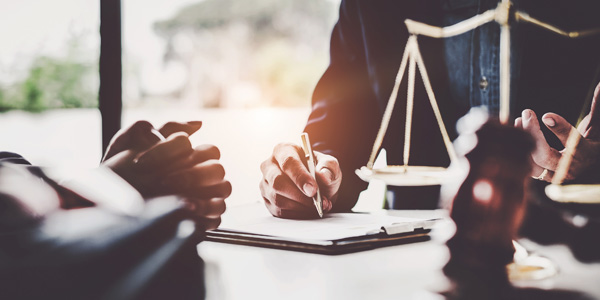 In the June issue, I detailed why consumers frown on dealerships who sell used cars with open recalls. Clearly, shelving on as much as 25% of your inventory is out of the question. If you recall, there was a time that AutoNation’s policy was to do just that — ground inventory with open recalls. That policy, which was in place for only 16 months, placed CEO Mike Jackson on the hotseat and may have contributed to the loss in shareholder confidence. Still, Jackson provided insight on legislative trends and what some in the legal community are warning dealers about.

Earlier this summer, U.S. Senators Richard Blumenthal (D-CT) and Edward J. Markey (D-MA) introduced the Used Car Safety Recall Repair Act to ensure used vehicles with unrepaired safety recalls are repaired before being sold, leased or loaned to consumers. The bill requires used car dealers to repair any outstanding safety recalls in used automobiles prior to selling, leasing or loaning them to consumers. Current federal law does not prohibit car dealers from selling cars with outstanding recalls despite the risk. Similar legislation failed to pass two years ago, and many on Capitol Hill expect the same result for this latest version.

“I’m skeptical about the chances of the Blumenthal/Markey passing this Congress, particularly given the strong opposition of important stakeholders such as franchised and independent auto dealers and the fact that the Senate is controlled by the GOP,” explained Greg Scott, a legal consultant who works with clients on federal transportation policy. “But Congress will be working on federal highway bill legislation this year and next, which means a motor vehicle safety title likely will pass as part of that highway bill. We need to respect that the 2015 highway bill was the legislative vehicle for the federal prohibition on car rental companies renting vehicles with open recalls. So, while separate legislation — such as Blumenthal/Markey — to require dealers to ground vehicles with open recalls currently has little momentum on Capitol Hill, if the bill passes the House of Representatives — controlled by the democrats who support this type of legislation — pressure will build on the Senate to do the same, perhaps a part of a larger highway bill.”

Scott also suggests that, despite industry success in the past bottling up such federal used car grounding mandates, dealers must know that they are — individually and as an industry — one tragic accident away from being sued by an aggressive trial bar member. More frequent incidences would also force Congress into precipitous and sometimes ill-considered action on this subject due to public pressure. Relying on disclosure forms at the time of sale of open recalls may well shield dealers from liability from federal and state deceptive practices, but these disclosures are less effective in response to negligence and gross negligence claims. In addition, Congress rarely displays great profiles in courage in the face of strong public opinion in response to public outcry.

At the local and state level, personal injury attorneys continue to swarm around recalls as a basis for wrongful death and injury lawsuits. State laws exist that prohibit the selling of unsafe vehicles, but these laws are not being adequately enforced. Consumer law advocates say the gap in consumer protection confuses car buyers who believe they are buying a product with reasonable safety and performance assurances.

In recent years, dealerships have relied on signed disclosure documents to clearly communicate to buyers that a vehicle has an open recall. In most states, written disclosures make it difficult for a consumer to return that vehicle to the dealer claiming that they were not informed. These disclosures may protect a dealer from unlawful sales practices, but probably do not carry any weight in wrongful death or injury cases caused by an open recall. It’s probably a shocking revelation to most automotive professionals, and certainly not the answer that dealers want to hear.

Let’s slow the conversation down. Why isn’t a recall disclosure statement sufficient? Doesn’t it hold the dealer harmless if it alerts a potential buyer of the recall prior to sale and allowing them to opt out of the purchase if they believe that the risk is too great? Without a doubt — strong language might dissuade a shopper from purchasing a vehicle with a recall, but it doesn’t protect the dealership from being held liable if an accident related to that defect occurs. In fact, a disclosure does just the opposite.

A disclosure might actually invite a lawsuit. Strong language outlining the recall in detail demonstrates that the dealership had factual knowledge of a potential injury-causing defect and sold the vehicle notwithstanding — the precise circumstances for product liability and gross negligence lawsuits. You can only imagine how this might sound in front of a sympathetic jury. Even if a jury protects the dealership against a driver’s claim of wrongful death or injury, a signed disclosure does nothing to protect the dealership from lawsuits filed by passengers and others on the road.

If disclosures don’t protect dealerships, what choices remain? Turns out that Mike Jackson was onto something — don’t retail vehicles with open recalls until they get fixed. With more than one in four cars on the road today with an open recall, we’re staring at a lot of inventory that can’t be moved at a time when dealerships are desperate for revenue. At some point, the dealership community is going to adopt practices that avoid off-brand recalled vehicles at auction or at trade-in. Conversely, franchise dealerships would converge on those recalled vehicles that they could repair. It’s already happening now at auctions, where independents face stiffer competition for viable inventory.