The Benefits of Thinking Small - AutoSuccessOnline 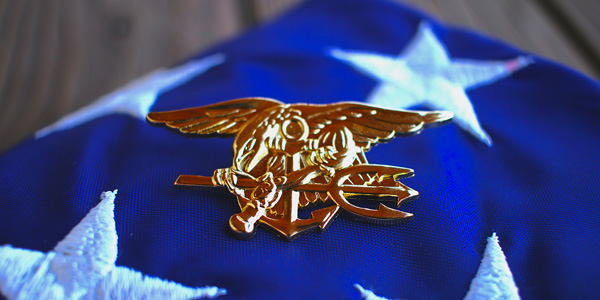 When a cadet rings the bell and quits in BUD/S training, he’s gone instantly. Others say it’s almost as if they guy just vaporized into thin air, but actually he is still around for weeks to come, it’s just the other men aspiring to become Navy SEALS don’t see him —but the instructors do.

The instructors keep the guy around because they want to talk to him — not to wish him well or pat him on the back telling him it’s going to be OK. The SEAL instructors want to know, What was it? What was the moment that made you ring the bell and say “No more, I quit!”? They want to know so that they can make others quit, too.

Like a piece of metal, instructors beat and bang on the cadets until they are either forged into Navy SEALS or they break, ring the bell and quit. Instructors say most cadets don’t quit because of what they were enduring, they quit because of what lay ahead. They saw no end in sight; it seemed as if the emotional and physical torture would never end. They were so fixated on what was to come when all they had to do was focus on the task at hand.

When you’re in hell’s hallways of the elite, you can’t worry about tomorrow or the weeks ahead — how cold, miserable and sleep deprived you’ll be, you can only focus on right now. You can only focus on taking the next step. A SEAL instructor says, “My job is to get you to think big and your job as a cadet is to think small because if I can get you to think and see the big picture of the hours and weeks of being tortured, cold, wet, with no sleep, if I can get you to see that there’s no end in sight, I’ll break you; you’ll ring the bell and quit, but if you’ll think small, if you’ll just think in inches, you’ll get through. You’ll get what you were fighting for.”

If this doesn’t make you run through the dealership as if a pit bull is chasing you, then you might as well pick out your rose-gold-colored casket, because you may just be dead. The game is won in inches, not feet, not miles, months, nor years; it’s won in the seconds and minutes. It’s the emotional and physical ethic of repeatedly taking, reaching and doing just one more thing. See, when things get dark, when moments seem too heavy to hold, too unbearable to keep on going; when the mountain looks too tall, winds too fierce or task too daunting, that’s the moment when life is trying to get you to think big and if she can get you to think big, she’ll get you to surrender, ring the bell and quit.

And it’ll be too soon… because if you ring the bell once, it’ll be easier for you to ring it a second, third and hundreds of times later in life. Decades later, many of the cadets never seemed to have gotten their lives together, because they quit in the moment. They rang the bell on the beach when it was temporarily painful and have had to live with the permanence of regret.

When moments are at their darkest and hardest for you, think small; think in inches; focus on just the next step. I’m not talking about a just hang in there kind of mentality. No, I’m talking about growing through the suffering; getting stronger in the strife; learning in the eye of the chaos and pressing on in spite of the fear. These are the moments when, yes you’ll want to quit; moments when you have every excuse to give up, but you find just one reason to take just one more step.

Today, this may be the hardest it’s ever been for you and you’re dealing with something that you never thought you’d ever have to deal with. You’re in a fight — life’s trying to get you to think big, but I need you to think small. Take one more step and when you do, take another one. You’ll get through. Don’t you dare ring the bell because it’ll forever be too soon. Think small so you can one day reap big.

I’ll see you on the blacktop.