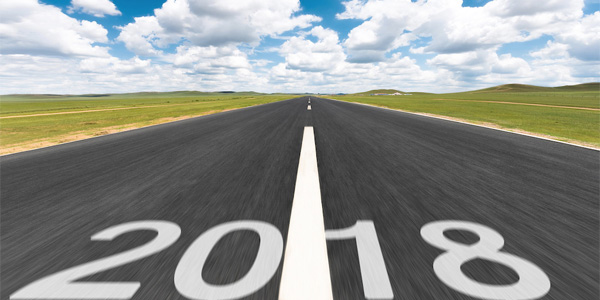 Atlanta, GA – According to a forecast released recently by Cox Automotive, the seasonally adjusted annual rate (SAAR) for new-vehicle sales in December 2018 is estimated to be 17.2 million, down from last month’s 17.4 million level, and down from last year’s 17.3 million pace.

Despite the forecasted SAAR declines, healthy December sales are expected to be an exclamation point on what has been a forecast-beating year for the auto industry. When the final 2018 numbers are counted, U.S. auto sales will finish near 17.2 million units, a modest uptick from last year. It will be the fourth year in a row beating 17 million and above most forecasts.

“There is no denying 2018 was a very good year for the U.S. auto industry,” said Charlie Chesbrough, senior economist, Cox Automotive. “A SAAR above 17 million signals a very strong market. Many economic factors pointed to a slowdown in the second half of the year, but sales remained in high gear, and it looks like they will finish that way as well.”

Looking back on 2018, a forecast-beating year

2018 can be remembered for a year-long roller-coaster ride that ended up with more ups than downs.

“Retail demand has actually been stronger in the second half of the year, though down from last year,” said Jonathan Smoke, chief economist, Cox Automotive. “We think that’s a result of low unemployment and tax reform leaving consumers confident and flush with cash. And this holiday season, Santa is delivering lower gas prices to give even more spending power. Credit is widely available, including for some subprime borrowers. Rates have stabilized and softened a bit. If December incentives are focused on key segments such as SUVs, where there has been growing supply, we think more buyers are ready and happy to step in.”

Auto sales in December will likely reflect the major market trends that Cox Automotive has been tracking throughout the year. Many of these trends, however, are temporary influences that drove the 2018 market higher than anticipated. They include:

Key Highlights for December 2018 Sales Forecast
December sales have been strong the last few years, and this year is forecast to be no exception. In fact, December is likely to finish with the highest or second highest monthly sales volume for 2018. Since 2015, thanks to heavy holiday incentives and a strong economy, the end-of-year pace has exceeded 17 million units. The record sales volume was set in December 2016 when 1.682 million units were sold, a 17.9 million annualized pace.

Strength in Jeep brand should help lift FCA to a strong showing while weakness in car segments is likely to negatively impact Honda, Nissan, Ford and Toyota.

Most car segments should see double-digit declines from last year as consumers continue to shift towards SUVs and crossovers. One question: How will pickup trucks perform? New products from GM and Ram, and discounting of the previous version should lift sales. However, weakness in home construction, coupled with high transaction prices are likely to weigh down sales.

All percentages are based on raw volume, not daily selling rate.

Looking Ahead to 2019: Profitable Year with Lower Volume
Maintaining the current sales pace into 2019 will be a challenge as the source of sales changes. With interest rates expected to rise further, retail sales will likely fall in 2019. Cox Automotive currently forecasts light-vehicle sales in 2019 to finish near 16.7 million units. Although a decline in volume is expected, high transaction prices and a favorable product mix suggest a profitable year is ahead for the industry.

“Federal Reserve monetary policy of increasing interest rates, up nearly 225 basis points since 2015, is negatively impacting vehicle affordability,” said Chesbrough. “And, when coupled with weakness in home construction and volatility in the stock market, these are growing headwinds for the U.S. auto market.”

According to Smoke, “The main negative has been the volatile stock market and the related increase in negative news about the future economic situation. According to a Wall Street Journal/NBC News poll released this week, one-third of Americans say the economy will get worse in 2019, the highest level of wariness in five years.”

In addition, the positive effects that tax reform had on auto sales in 2018 are not expected to continue into 2019.

One major unknown in 2019 is whether car segments’ share of the market will continue to decline. Where the bottom is for car share is still unknown; however, there are changes within the used market that may alter new-cars’ sales trends. Auction prices for used cars had been declining for years due to consumers’ preference for CUVs and an over-supply of off-lease cars. Inexpensive competition from used cars has contributed to the collapse in new-car demand. However, used-car prices are now rising at a quicker pace than some other used segments. As a result, used cars are not quite the bargain they had been earlier in the year, and some car segment buyers may decide to buy new instead.

Cox Automotive Monthly Sales One-on-One Interviews
Cox Automotive is organizing one-on-one interviews with our industry experts on Thursday, January 3. Analysts will be available to answer questions and provide insights on the results as they come in. Written commentary will be published and distributed by 11:15 a.m. EDT on sales day.