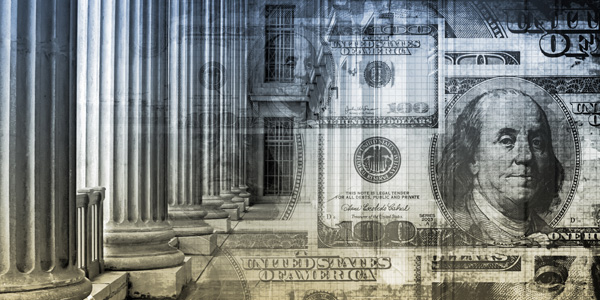 Experts agree that the federal Tax Cuts and Jobs Act, signed into law in December 2017, is the most significant piece of tax legislation in the past 30 years and has resulted in monumental changes for businesses and individual taxpayers across the country.

But the full extent of its impact is still unclear. Because the legislation was drafted, debated and passed in an unusually short amount of time, many of its provisions are still being fleshed out, even as 2018 returns are being prepared and filed. While the law is in effect for 2018 tax returns, the IRS and the U.S. Treasury Department continue the painstaking process of interpreting, implementing and clarifying its specific regulations. Dealerships should think through things like succession planning and the most effective corporate structure — elements of their business that may need to be re-evaluated in light of tax changes.

Some parts of the new law already are of particular significance to dealers, and tax expert Crowe LLP, a leading tax and accounting firm that works with many auto dealerships, points to several specific areas dealers should consider for tax filings in 2018 and beyond.

Most dealerships in the U.S. are set up as S corporations or limited liability companies, so-called “pass-through entities,” where the dealership income flows not to a corporation but to the individual owners, who report the income and pay taxes on individual tax returns. Under the old tax code, this had been an effective business structure for most dealerships. The new legislation has changed the rules for C corporations — the structure where income is reported and taxes are paid at a corporate level. The corporate tax rate has been cut significantly, from a top rate of 35% to a flat 21%, possibly making a C corporation structure more appealing for some owners. Although most still will be better off using an S corporation or LLC structure, individual dealers should discuss the C corporation option with their financial advisors to see if this change will provide tax benefits.

Remaining an S corporation or an LLC may provide additional benefits under the new law, because not only has the top tax rate for individuals been cut to 37%, with higher income thresholds, but also up to 20% of pass-through income now can be deducted from taxable income, with some limitations.

Overall, the changes are expected to result in an effective top marginal tax rate for most pass-through dealership income of 29.6%. For 2019 and beyond, dealers will want to maximize the ability to utilize the pass-through deduction, including consideration of real estate and other ancillary entities where this will be more complex.

Under the old law, interest expense was generally deductible on business tax returns with no limitations. Some of that has changed. The National Automobile Dealers Association fought strenuously so that dealers still can deduct 100% of their floorplan interest. That is critical, since floorplan interest is typically one of a dealer’s three largest expenses.

The flip side of the floorplan deduction victory is that for dealers, other business interest expense deductions are limited to only 30% of adjusted taxable income. Dealers should consult with their tax and financial advisors about how the changes to interest expenses will affect specific situations.

Bonus depreciation, which was increased from 50% to 100% under the new tax law, allows businesses to immediately deduct the cost of large assets, rather than depreciate them over time. Although experts initially thought dealers who deduct floorplan interest might not be able to use bonus depreciation in their tax returns, that may not be the case. The congressional Joint Committee on Taxation’s early interpretation indicates that if dealers keep their interest, including floorplan interest, under the 30% of adjusted taxable income threshold applied to other taxpayers, they may still be able to take bonus depreciation.

Regardless of bonus depreciation regulations, dealers still may be able to expense property and large capital expenses in different ways. The Section 179 expense provision, which allows a dealership to forgo depreciation in favor of expensing a large purchase in the first year, has been broadened. Under the new Section 179, the total amount that can be expensed has increased to $1 million of fixed assets, and qualifying property now includes things like roofs, HVAC systems, fire protection and security systems.

A centerpiece of the new law is the cut in individual tax rates; the top rate is now 37% (down from 39.6%) for married taxpayers filing jointly with income of $600,000 or more. Many annual personal tax deductions have been eliminated or changed in favor of an increased standard deduction, and even some of the deductions that remain have been modified — most notably, the new limits on deducting state and local taxes, including property taxes.

The new law also doubles the amount of wealth that is not subject to the gift and estate tax — from $5.6 million to $11.2 million for an individual, or $22.4 million for a married couple interested in gifting or passing their estate onto family members.

The increased ability to transfer wealth to family members creates a good incentive for dealers to look at their estate and succession plans. Notably, the increased estate exemption as passed is effective only through 2025, unless the government makes further changes or extends it at some point.

Because much of the new regulations is still unknown, dealers should discuss all of this with their financial advisers, but also consider applying for an extension for filing their tax returns — in hopes that the IRS provides answers. We expect that the majority of dealers will experience a significant reduction in their tax burden as a result of this legislation, which improves their after-tax cash flow and the ability to grow their businesses.

Finally, the new law may also prompt discussions about what to do with any tax savings. Because dealers are so inventory-heavy and frequently net borrowers, this might be a chance to use additional funds to reduce their exposure on lines of credit and term debt. Or as dealers are thinking about succession planning, they may want to consider acquiring or expanding their business if they have the capital.
Derek Comestro