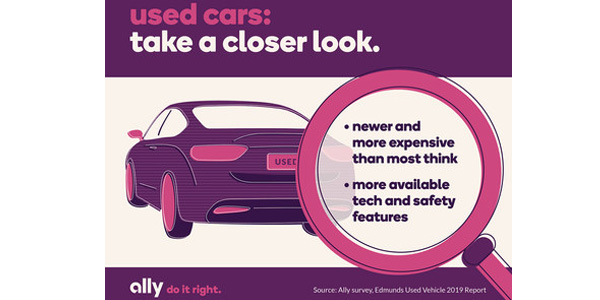 ven though many Americans are buying used cars, the survey shows too many people lump all used cars with old clunkers,” Matt Arnold of Ally Financial said. “It’s time to let go of old stereotypes.” Arnold gives advice to share with your used car shoppers.

A majority of consumers think used vehicles are older and cheaper at time of sale, Ally survey finds.

Used vehicles are increasingly popular with Americans as consumers turn to the used market for more affordable options, but a recent Ally survey finds many Americans still hold outdated notions about used cars.

U.S. consumers think used cars are older and less expensive than they really are, according to an Ally Financial survey of more than 2,000 American adults conducted by The Harris Poll.

On average, Americans think the average age of a used vehicle at the point of sale is 6.6 years, but data from a 2019 Edmunds Used Vehicle Report puts the average age at 4 years. Additionally, consumers in the Ally survey believed that the price of a used vehicle, on average, at the time of sale is $9,860 when it is more than twice that amount, $20,664, according to Edmunds.

Approximately one-third of Americans (31%) in Ally’s survey thought the average used vehicle was more than twice as old, 8 years or older, as the actual average age, and only one in 10 Americans correctly said the average purchase price of a used car is more than $20,000.

“Today’s used vehicles feature better quality and options than ever before. A 75,000-mile used vehicle is in an entirely different category than it was just a few years ago,” said Matt Arnold, senior regional vice president of auto finance at Ally Financial. “Today’s used models have many of the same tech and safety features that new cars offer, but at a significantly lower price point. They’re a smart alternative for all budgets and lifestyles, particularly when you consider the average new car price is approaching $38,000.”

According to the Ally survey, consumer opinions on the average price of used vehicles depended on a range of factors:

“Even though many Americans are buying used cars, the survey shows too many people lump all used cars with old clunkers,” Arnold said. “It’s time to let go of old stereotypes. Adding used vehicles to your consideration list can be a smart move. You’ll either end up with a lot more car for your money, or a lot more money in your wallet.”

Methodology: The survey was conducted online by The Harris Poll on behalf of Ally Financial from May 7-9, 2019, among 2,012 U.S. adults ages 18 and older. This online survey is not based on a probability sample therefore no estimate of theoretical sampling error can be calculated. For complete survey methodology, including weighting variable and subgroup sample sizes, please contact Ally Financial public relations.

Advertisement
In this article:Ally, used car sales
Up Next:

Even Though Used Vehicles are Popular, Most Americans Hold Outdated Perceptions 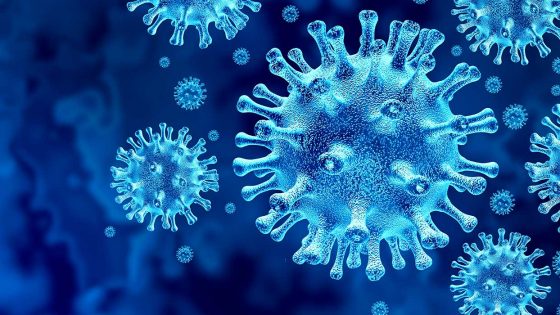